“If you want advice on sleeping, don’t ask me. My kids have never been good sleepers.” This is a line I’ve used more than once when talking to my mom friends. It’s true. My sister’s kids came out of the womb sleeping through the night. My first two were over a year before we had that luxury. So when Rose was born, I was prepared for the nights of interrupted sleep.

Rose may have been our most particular sleeper yet. She seemingly wouldn’t settle down for the night unless she was being held. This was how she came to occupy the crook of my arm each and every night for the first seven months of her life. When Rose went to bed, I went to bed. It had to be.

With my other girls, we had to do the dreaded “cry it out” (right or wrong?!?) to get them to go to sleep in their cribs. With each of them, it took them one agonizing cry session to learn that their crib was actually a really awesome place to sleep and yes, they could do it all by themselves. Yet, they still never made it through the night for months to come.

With Rose, I kept putting it off, mostly because I was too tired. We were both sleeping, weren’t we? I rationalized introducing her to her crib over the December break, when we were less scheduled.

Night one of break came. She had a cold. Night two, we were out late visiting family. Night three, Christmas Eve. ..the next day was Christmas! “Tomorrow it will just be something else,” my husband said as I tried to make a plan.

Not one to be doubted, I held my baby tight before lovingly placing her in her crib for her first nap the day after Christmas. I gave “us” a pep talk and told her how wonderful it would be. “You’re such a big girl. You’re ready to go to sleep all by yourself. It’s going to be great.”

It was a rough day. I felt awful, my heart trampled. That night at bed time, I braced myself for the worst, standing outside her bedroom door- unable to walk away. Rose whimpered for a few moments and then…silence. I waited a few minutes before creeping in to see my sweet baby, sound asleep.

It’s been nearly two weeks and Rose is now my champion sleeper. She’s slept more than twelve uninterrupted hours for the past week. As for myself, I’m still up at random hours of the night wondering how’s she doing, waiting for her to need me.

Reflecting on all of this, though my intentions were pure, I do believe that I really was the problem all along. I stood in the way of Rose’s independence by giving too much and by believing she needed me more than she really did.

How often is this also the case in our classrooms? How often do we over scaffold, do too much of the work, hold the students’ hands for too long? Some days I’m in classrooms where the mini lessons go a little too long and where the teachers are working harder than the students. In these situations, that is when I also notice kids’ minds going somewhere else.

I’ve been working in a few fifth grade rooms working with book clubs. We’ve been experimenting with setting expectations and giving the students tools to raise the level of their thinking on their own. We began by sharing the Reading Progressions from the Teacher’s College Units of Study, once the kids had decided what work their books were calling them to do. I really had no idea if what they decided on was really the best work-character traits, theme, tracking symbols. It didn’t really matter as long as the decision was theirs. Once the progressions were in their hands, I said something like, “Study this together. See how you can raise the level of your thinking. You’re ready for this sophisticated work.” Then I walked away.

The next time I was in the room and checking in with clubs, I asked kids, “So how are you going to keep track of that (theme/traits/change) in your reading so that you’re ready to talk with your club?” I got a lot of blank stares and a few responses like, “I don’t need to write anything down.” After presenting a few options for kids to choose from, one of them being “create your own way”, I walked away again.

I am hoping that by walking away, I’m leaving room for kids to experiment and make decisions for themselves. I hope that they will see the value in the work they are doing and find ways to push themselves. Of course, I’m still lingering on the sidelines, just like I stood outside of Rose’s bedroom when putting her down to sleep…ready to swoop in and save the day if needed.

Not surprisingly, that hasn’t been necessary yet. 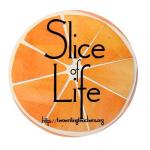 I'm a mom of three daughters and a literacy coach in CT. I love to learn and share with others. View all posts by jcareyreads