I was sitting in a meeting at my school with the other literacy coaches in the district. We were planning for some lessons to prepare students for state testing that is quickly approaching. As we shared ideas, we were interrupted by the loud piercing sound of the fire alarm. Everyone looked to me. Their eyes asked, “was this planned?”

I quickly scanned my brain. Was this planned? Had we received an email? Had I heard any drill buzz? I looked at the clock. 11:30 on a shortened day. Kids would be in lunch. The temperatures outside had also dipped and the winds were blowing. Drills usually occur on the nicest day of the week. Surely, if this was planned, we would have known about this.

We filed out of the building among a sea of students and teachers. My eyes scanned the crowd for a leader, someone who would know what was going on. As I surveyed the scene, my eyes fell on kids wearing tank tops and short sleeves. They must be freezing. Finally, I spotted one of our secretaries. She was walking around to check in. She looked calm. Then the principal walked by, confirming that this wasn’t a drill but perhaps a malfunctioning sprinkler. My mind eased a bit as I continued to look around the blacktop, relaxed enough to take in the scene.

What I saw was community. Kids taking care of one another, huddling around their friends  who had mistakenly dressed for summer. Teachers wrapping students in their coats, shielding groups of kids with their sweaters, and someone looking out for the toes peeking out of a hot pink cast of a student sitting in a wheelchair. Behind me stood one of our reading teacher, with a big silly grin on her face, flanked by two fourth grade girls with similar smiles. I later found out that they had just finished a book that they had been reading together, right as the alarm had sounded. They had loved the experience of sharing the book and were even more in love with the ending.

About twenty minutes after the alarm first sounded, we were allowed back into the warm building. Who would have thought that today’s joy  would have been taking in the scene during an uncertain and unexpected situation in blustery weather? 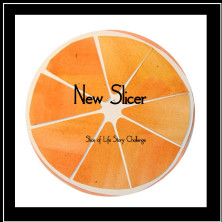 I'm a mom of three daughters and a literacy coach in CT. I love to learn and share with others. View all posts by Jessica Carey

4 thoughts on “Joy in unexpected places”